To invite a friend

Thank you for applying to the Startup Battle. We will email you as soon as we have reviewed your Application

To invite a friend

The event is over 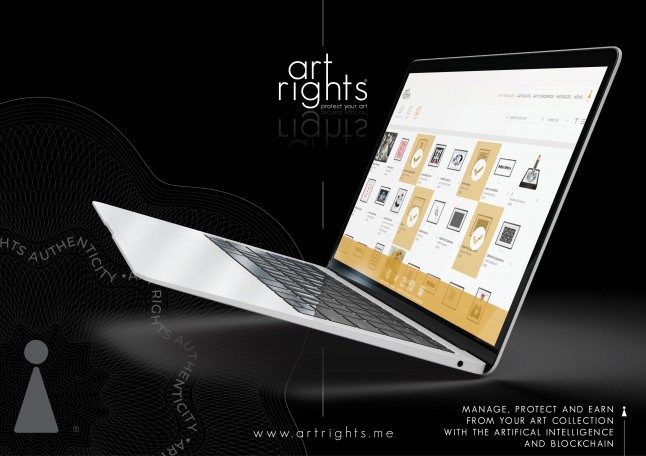 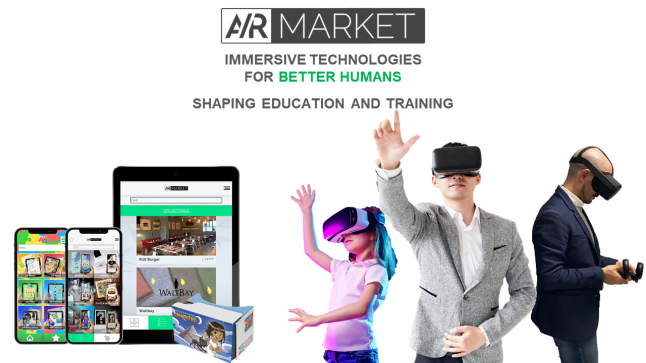 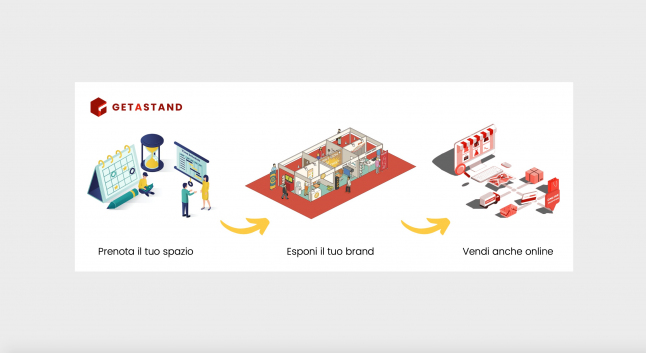 CEO of Key Capital, a Co-Builder of startups since 2013
arrow_forwardLearn more

Head of ICU Ventures. Roman leads seed and series A round investments into innovative companies in Central and Eastern Europe with a focus on Ukraine. Roman joined ICU in 2014 as a senior investment banker. In this role, he managed some of the biggest restructuring projects in the Ukrainian market, including more than $1 billion restructuring of a large-scale agricultural holding. He moved to the buy side in 2015 when ICU began investing in distressed debt. From 2015 to 2017, he managed a portfolio of successful investments into corporate distressed debt. Roman had a 15-year career in investment banking. He joined the ICU team from UniCredit where he headed the Corporate Finance Advisory team in Ukraine. He has also held significant advisory roles at ING and Ernst & Young. Roman received a BBA degree in Enterprise and IT Management from International Christian University (Kyiv-Vienna) in 1999. He qualified as a certified chartered accountant in 2002 (ACCA).
arrow_forwardLearn more

General Partner & Founder at Hephaestus Venture I run Hephaestus Venture which is a private equity fund supporting the growth of Corporate Venture Capital through the creation of an accelerator in Milan called HV Labs to support the creation of new products and services and the expansion abroad of Italian Companies towards Brazil, United States, China, South Africa, Russia and India, United Kingdom, Germany, France and Spain. We support Senior Managers in their process of Digital Transformation to create Spin-Off of the projects of Open Innovation of the Corporates from which they come from in these verticals: FinTech, Energy, Smart Mobility , Digital Health, FashionTech & AdTech.
arrow_forwardLearn more

Managing Partner at Unicorn Capital Partners. Currently Maxim is Managing Partner at an independent fund management firm Unicorn Capital Partners and Chairman of the Board of directors at a diagnostic company UNIMand telemedicine company Biotechware (Italy), non-executive director at Vital Healthcare Group (UK). Prior to that Maxim lead portfolio management at RMI Partners – an independent fund management firm providing trustee management services to one of the biggest Russian venture fund investing into life science start-ups in the US, Europe and Israel where he extensively participated in venture financing, M&A activity and IPOs on NASDAQ. Maxim obtained MBA degree in 2009 from Vlerick Business School. He has two other master degrees: in applied mathematics & computer science from Lomonosov Moscow State University and in finance from the Financial University under the Government of the Russian Federation. Maxim also has a professional marketing certificate from The Netherlands Institute of Marketing.
arrow_forwardLearn more 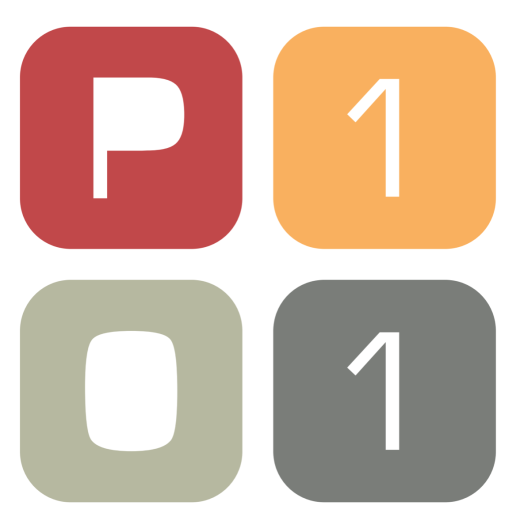 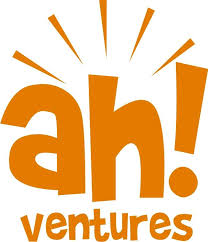 We are ready to announce the winners of the Unicorn Battle in Milan that was held thanks to the support of the Network.VC California Seed Fund, ICU (https://vc.icu.ua)* and Silicon Valley Syndicate Club.

The winner is PatchAi®! Welcome to the Unicorn CUP Final.

The second place was awarded to the team of Entire Digital. And the third place was shared by NodeWeaver, LT Energy Group SRL, and Utego. Our congratulations!

* ICU Ventures is a Kyiv-based venture capital fund that invests in technology companies with strong ties to Ukraine and Eastern Europe making late seed and Series A investments across the tech spectrum. It is one of the largest and most diversified asset managers in the CEE region. 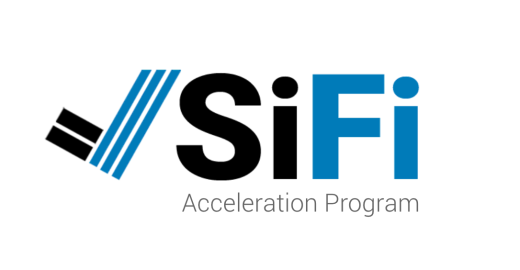 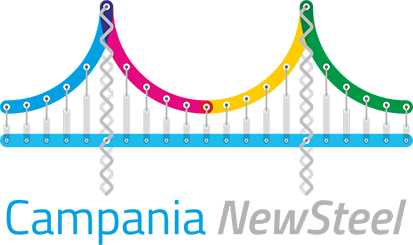 The event will be held in Zoom

I am so happy that I have participated in Dubai Unicorn Battle. Winning the 1st place of this prestigious award is one of many excitements. As an entrepreneur I am actively raising funds and super busy scaling my startup, therefore I was looking for battles with cash prizes! but after I attended the Unicorn Battle, the benefits were more rewarding than immediate cash. All the 18 judges were active investors or consultants who help raising investment, their feedbacks and advices were impressive and helpful to scale to the next level. The organization by Lena and Kateryna was great, the networking and coffee breaks allowed me to make new connections, and we got approached by two interested investors right after the award ceremony.

Will definitely participate again in the future.

Ok, yes I'm excited that we won the Startup Battle this week. But mostly I want to let my other entrepreneur friends out there know that this event is really great. The Judges were all very impressive active investors - and all super engaged with Q&A and feedback -  the programming beforehand was excellent, and all the companies that pitched were outstanding. If you have an opportunity to participate in one of these events, do it!

The venue was really full of interested people and even overcrowded, and that created the right emotional state for the pitching startups and for the audience. We met a few potential investors and made very valuable connections during networking.

After 1 month we are still in connection with the attendees of that Startup Battle. We are working on the Third Opinion Care development together.

We will definitely consider participating in the next events organized by the same team.

Thank you Startup Network for giving Fanalyze the opportunity to pitch at your event! I met some awesome founders and was able to network with several investors. I enjoyed pitching and learning about the other startups in different industries.

After participating in the Startup Battle, which was held by Startup.Network in the Silicon Valley, we gained tremendous amount of experience on how to build the startup and attract investments. Especially it was very cool to talk with MS. He gave us a lot of advice. If it were no it for this event, we would not be able to get such advice. Then we actively worked on searching for investors which we did. We began due diligence but we realised that we did not want to take any investments on the early stage. Again, useful advice from Mike Sandler, his criticism to be precise, helped us to find the way. At this point, we have several investors from among the surgeons, but for now, we are managing on our own.

Now we have an MVP that is not just a set of tools but a surgical robot. The manufacturing of the primary product is taking place in Taiwan. At this point, it is on the stage of being certified.

If somebody asks me whether I need any investments in the early stages, I will say no. It is significantly more important to develop the right network and to get proper advice.

Everything that happened is the credit to Startup.Network!

I want to thank Statup.Network for precious experience and help we've got during startup battles in USA and Berlin.

Mentors your team chooses for jury on battles are always very professional and ready to help.

We got valuable feedback and a good quantity of insights.

Raccoon.World team continues communication and builds relationships with several investors we met on the battles.

I believe that it helped us to be selected from more than 1000 competitors for acceleration program in the Netherlands, where we were the only startup from Eastern Europe.

Attending the Startup Battles is very beneficial for expending networking and gaining useful feedback. In particular, the feedback, what we got on Startup Battle, from the investor form the Silicon Valley helped us to find new and more perspective niche and make the pivot. We would be glad to collaborate with the Startup.Network team again.

We won the 1st place in Moscow and got a lot of attention from the media and investors. After that event, we received lots of useful pieces of advice and attended meetings with investors.

And we won the 3d place in Silicon Valley, and right after the pitch Marvin Liao
(Partner 500 Startups) offered us to join 500 Startups accelerator. Being acquainted with Marwin helped us one more time in Moscow in some time.

We would be glad to pitch at Startup Battles again!

keyboard_arrow_leftPrevious event keyboard_arrow_rightNext event
Would you like to lead our global contest in your region?
More details